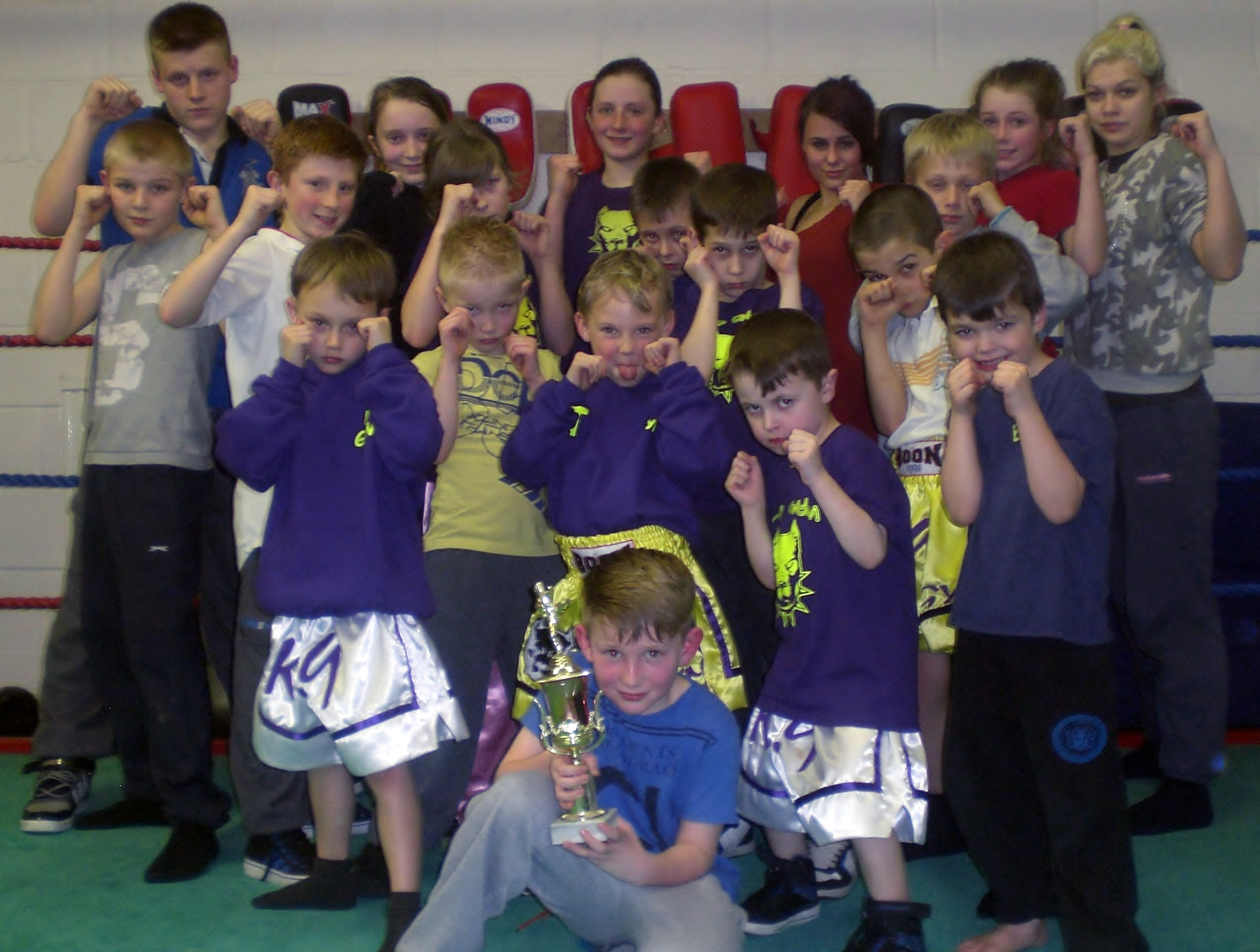 Hadley Neller (Centre) with his fighter of the day trophy and some of the K.9 fighters who attended

33 Members of the K.9 Fight Team and Golden Gloves Boxing Academy were in action at an interclub Skills tournament at Yare Village Holiday Camp in Burgh Castle last weekend.

K.9 star performers were Hadley Neller (8) and Tia Sayer (13) and Golden Gloves fighter of the day was Jake Docwra (12).

A great day was had by all and K.9 would like to thank everyone for attending.

Anyone interested in Kickboxing, Muay Thai or Boxing can pop down to Legends Fitness Academy (Steam Mill Lane), where K.9, Golden Gloves and Spartans are all based.