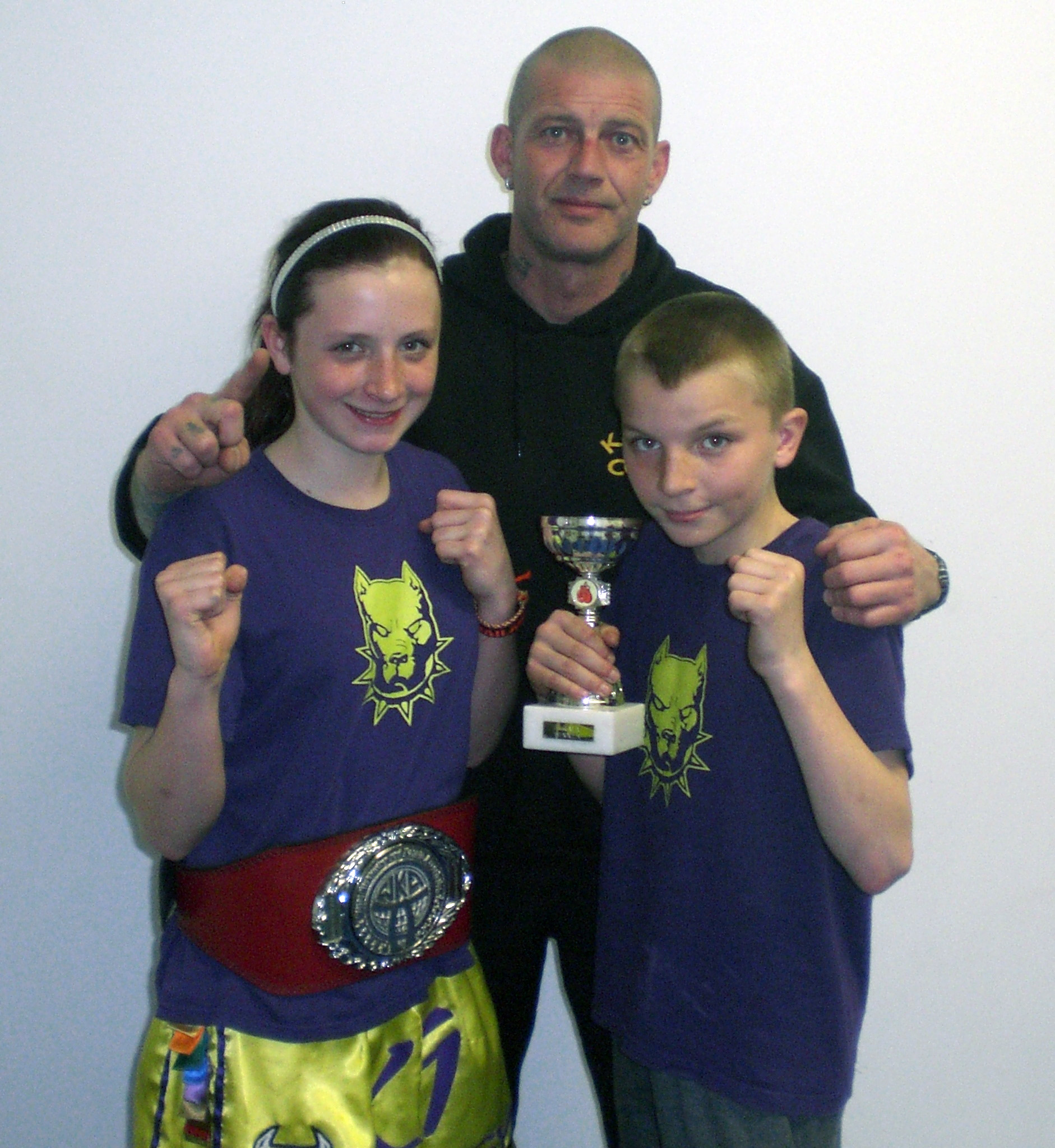 Over 400 people packed into the Ocean Rooms last Sunday for a cracking night of Kickboxing K.1 and White Collar Boxing.

It was a great night for host club the K.9 Fight Team, based at Legends Fitness Academy Cobholm, K.9’s Tia Sayer (13) (pictured) was up against talented Jamie Downes of Basildon freestyle Gym for the National Schoolgirl -45 kilos Under 14’s title and totally out boxed her, giving her two standing counts with her excellent powerful punches, after a third count in the second round the referee waved it all over with Tia becoming champion with a second round T.K.O win, another National title for the regions most successful Kickboxing Gym.

Chiara Spink (14) put up a great fight against 5 Nations and National Schoolgirl champion Josie Callan of Nottingham, losing by a very narrow margin. National Kickboxing Champion Nicky McHugh (12) produced an amazing boxing display thoroughly out scoring his Nottingham opponent throwing every punch in the book. Aaron Monson had a ‘bad day at the office’ in his re-match with Spartan’s Jahmal Mills, Aaron didn’t let his punches go and was waiting too long to throw his counters, letting Mills tee-up on him, it was still a great fight but Mills deservedly took the points decision.

Another great day for the K.9 Fight Team’s Junior stars. Next up is the W.K.A British Open Championships in Birmingham, where Tia and Remy Sayer, Travis Manning, Tyler Munro, Dublyn Doole, Imogen Casey, Chiara Spink, Hadley Neller and Nicky & Conner McHugh will be in action.

Team Nogueira’s Kornelijus, at only 16 years old, showed the heart of a Lion in his K.1 bout with Lowestoft’s Alex Massey, losing on points but a great fight he just needs to work on his fitness. Alfadi (Team Nogueira) unfortunately tore his ligaments in his shoulder and couldn’t continue his bout, but put a great effort in a close bout up until that point.

Anyone interested in Muay Thai, Kickboxing and Boxing can pop down to Legends gym which is open 7 days a week.