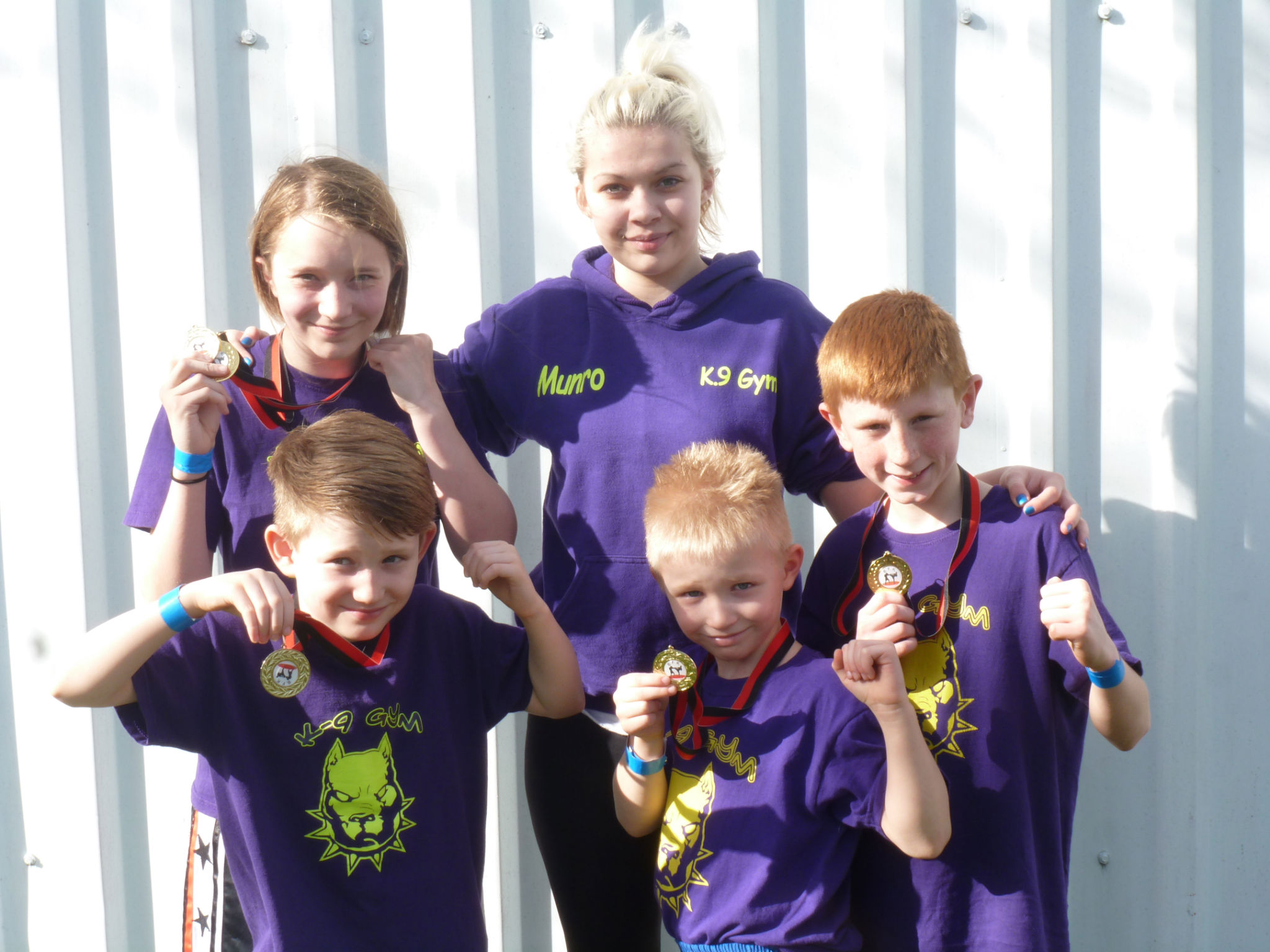 Chiara Spink (14) was in outstanding form out boxing her Essex opponent in her first bout and landing great body and head kicks, In her second bout she fought last years 5 Nations Championship’s Silver medallist from Basildon, Chiara was well up against it fighting the home town favourite who was far more experienced than her but the Lynn Grove pupil boxed the fight of her life and was awarded a draw silencing the home crowd.

Remy Sayer (11) totally out boxed his essex opponent showing his class. Hadley Neller (8) was in fine form beating his Kent opponent with sharp boxing skills and quick roundhouse kicks to the body a great win for the Kessingland youngster, his younger brother Ashton (7) was also in fine form beating a Kent junior.

A great day for the K.9 Fight Team and coaches Dave and Jade Munro and Frank Crosswell.

Anyone interested in Kickboxing, Muay Thai or Boxing can pop down to Legends where there are classes every day of the week.