End of an era

Poster presented to Dan to mark his many achievements at K9

Dan is starting a new career in the Royal Navy next week and will be boxing as an amateur there. Hopefully he will make their team for the Combined Services and ultimately get into the ABA's one day. 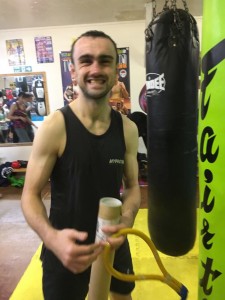 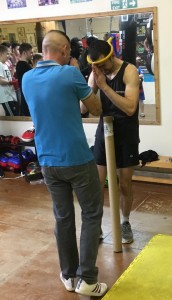 Dan was never matched easy (Won 6 Titles away from home), and had some great 'come from behind' victories (where he showed the heart of a lion) to beat Micael Calunga (KO gym) for the WKA title by stoppage when behind on points, and Hard as nails Dave Gould (T.M.A Essex) for the ISKA Title. Beating Contender Champ Som Prasert by 1st Round KO for the British Title and his wins in Spain over French, Spanish, Irish and Ukrainian opponents were also huge highlights in his undefeated run along with countless other title wins. 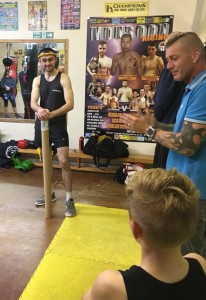 Dan was presented with a Mongkol (Thai pre-fight ritual headband) this was the original one I was presented with in Thailand on my third training trip to Thailand back in 1991 and I can't think of anyone more deserving of it. Dan, I'm sure, will one day be one of the best coaches in the region and a great legacy for me John and the rest of the K9 coaches. He was also presented with a banner/montage of many of his great achievements, a memorial Trophy and a signed Boxing glove from all the gym members. K9 Coaches: Me, John, Ben, Cam, Aaron, Jade, and Bin, and Dan's long standing sponsor Colin Sunderland of Sun Housing all wish him the very best of luck in his new career and all future combat endeavours. 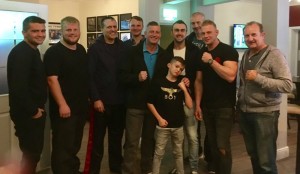 "Its been an honour to coach you mate and the buzz of being your coach has kept me going through some bad times and many ups and downs. All the best Champ, you're a great fighter but even more importantly your a genuine, humble, kind, loyal, respectful fella and a credit to your family and our gym".